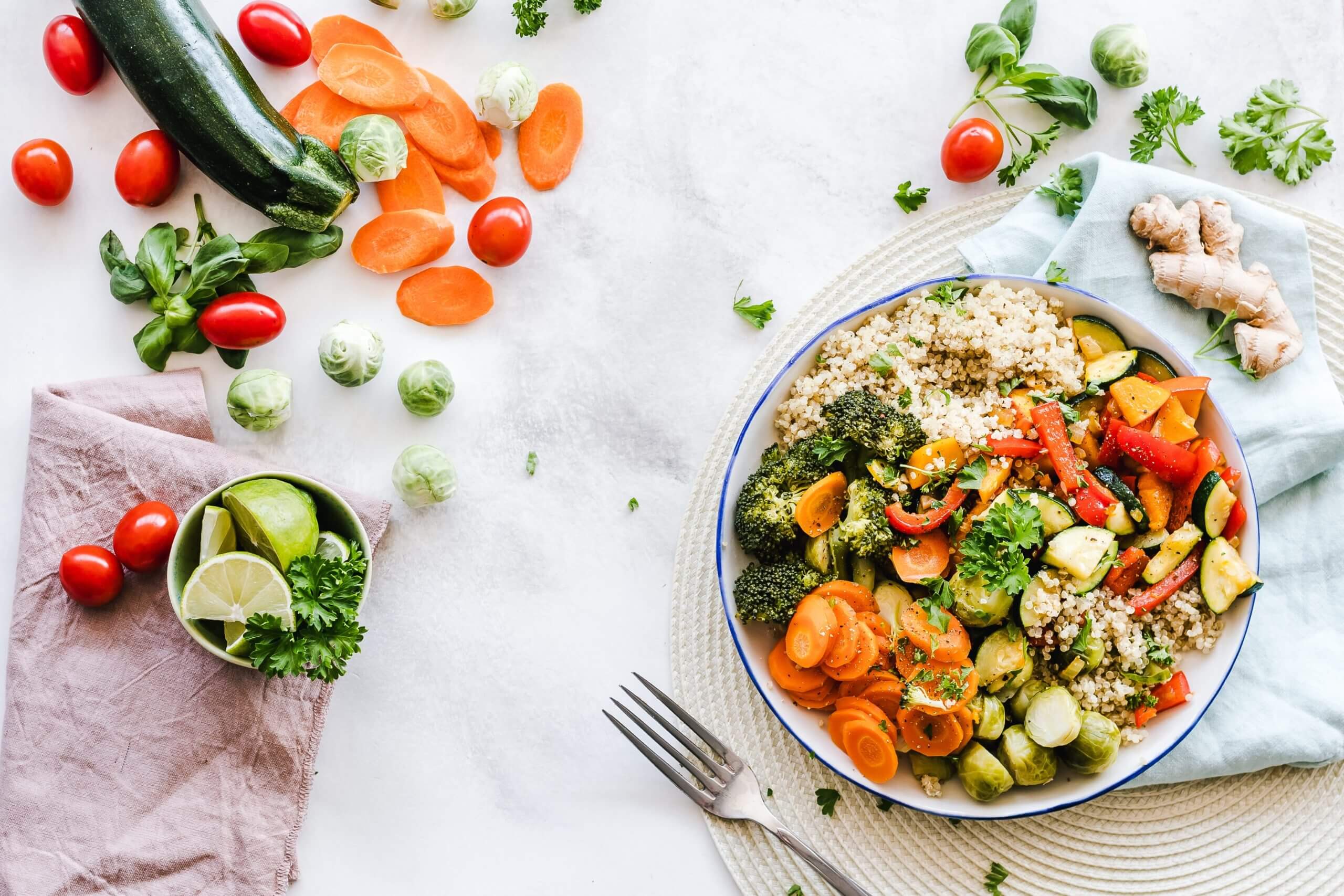 “Let food be thy medicine and medicine thy food.” – do you know these words? They were spoken by Hippocrates around the 4th to 5th century B.C.! Already at that time, the relationship between nutrition and the treatment of diseases was sought. Today we’ll discuss the topic of nutrition in irritable bowel syndrome.

The role of diet in alleviating symptoms of irritable bowel syndrome (IBS) has become more and more important in the last years. Recently, several clinical studies supporting the use of a diet low in fermentable oligosaccharides, disaccharides, monosaccharides and polyols (FODMAPs) to treat IBS have been conducted. Although the low-FODMAP diet is restrictive and difficult to apply, it is becoming increasingly popular [1, 2].

But let’s start from the beginning…

What is irritable bowel syndrome?

Irritable bowel syndrome is one of the most frequently diagnosed gastrointestinal diseases which affects about 5-20% of the general population and significantly influences the quality of life. It’s a functional disorder characterised by chronic abdominal pain, flatulence and bowel dysfunction in the form of constipation and/or diarrhoea. It’s more common in women than in men [1-7].

IBS can be classified into 3 forms:

Where does IBS come from and how to treat it?

The pathophysiology of IBS is not entirely clear. Mechanisms such as abdominal distension, altered gastrointestinal motility, visceral hypersensitivity, disruptions in the gut-brain axis, chronic gastrointestinal inflammation and mucosal permeability disorders, as well as genetic liability and psychosocial factors are considered [1-6].

IBS is treated with antispasmodic drugs, laxatives, antidepressants, antibiotics and behavioural therapy. Diet is one of the most important therapeutic options and is most effective when applied as part of a multidisciplinary approach. Almost 2/3 of IBS patients associate their gastrointestinal symptoms with food [1-5, 7].

FODMAPs as triggers of IBS symptoms

The development of IBS symptoms is attributed to FODMAPs. The term was created by researchers at Monash University in Australia to describe a collection of poorly absorbed, short-chain fermentable carbohydrates, which are natural ingredients of many food products:

The consumption of FODMAPs (especially fructose) in the “western” diet has increased over the recent decades due to the increased consumption of fruit and fruit juices as well as the extensive use of high-fructose corn syrup (HFCS) in processed food and beverages [1].

Not all FODMAPs exacerbate the gastrointestinal symptoms in patients with IBS. The presence and severity of these symptoms depends on the degree of malabsorption, which occurs in a person. There are various reasons for poor absorption of FODMAPs. It’s associated with either reduced amount or lack of digestive enzymes (such as hydrolases), or with slow transport through the intestinal mucosa. The excess of FODMAPs in the distal part of the small intestine and in the proximal part of the large intestine exerts osmotic pressure, drawing more water into the lumen. FODMAPs are also rapidly fermented by bacteria in the large intestine, which causes gas production, distension of the large intestine and a change in motility, and this leads to IBS symptoms. Another consequence of enhanced FODMAP fermentation may be an increase in intestinal permeability and inflammation [1-7].

There’s scientific evidence showing that the low-FODMAP diet relieves the symptoms of IBS, especially abdominal pain, bloating and diarrhoea. In one study after 4 weeks of low-FODMAP diet, a significant improvement in IBS symptoms and stool frequency was found. In another study, such an improvement was noted 6 weeks after the introduction of this diet. Meanwhile, other researchers reported a significant reduction in symptoms such as bloating, abdominal pain and flatulence in over 70% of patients when following the low-FODMAP diet for 3 weeks compared to the standard diet [1-5].

Recently, studies have shown that the low-FODMAP diet reduces the frequency of abdominal symptoms also in children aged 7 to 17 [3].

Later this week, we’ll publish the next part of the post which will help you understand the management and mechanisms of low-FODMAP diet. We’ll also prepare a meal plan for free download!